Faithfulness: What does it look like during a pandemic? 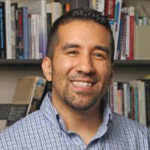 I’ve been unfaithful with these posts so perhaps this is a reasonable topic to start posting with again. What does faithfulness look like? I have two reflections, one bourne of the data and one more personal in nature.

Near the onset of the pandemic in the US (end of March 2020), uncertainty was high, most pastors thought churches would reopen by May, and church giving had taken a significant hit with roughly two-thirds of churches experiencing declines. In retrospect, March 2020 was only the beginning, it wasn’t until year-end, 9 months later, that new case counts would finally crest.

As an empirical researcher, most of our important findings include large movements in data representing big shifts in behavior. Our survey has confirmed many large movements. Church attendance shifted from 1-in-7 remote attenders to majority remote. There was a 60 percent drop to in-person attendance. More than 98% of churches adopted at least some additional policies to adapt to the pandemic.

During times of uncertainty, times of large shifts in behavior, what does faithfulness look like? One of the most surprising results for me in this study has been the uncovering of a pattern that has hardly shifted at all. Can you guess what it was?

We asked churches to provide both their budgeted giving as of January 2020 (before the pandemic was on most of our radars) and their realized giving at year end of 2020. What was remarkable was how unremarkable the difference between these two numbers was. Total giving across all churches was within a couple percent of what was budgeted prior to knowledge of the pandemic. The majority of churches surveyed (55%) experienced giving greater than budgeted. If you had this data out of context, you would never guess that it was surveying the state of the Church during a global pandemic.

Personally, I often struggle with guilt regarding faithfulness. I wonder if academics and church leaders share something with respect to this sentiment. Between course prep, mentoring students, furthering research, and being faithful on the home front, I’m acutely aware that there is more I could be doing in almost every area. I can definitely relate to the question raised by the crowds to Jesus in John 6:28

What must we do to do the works God requires?

I’ve felt guilty about not posting more on this blog, about having made too little progress on the deeper analysis over time, about being behind on course preparation for a rapidly approaching fall. What does faithfulness look like? Regarding this project specifically, I’ve felt a responsibility to provide strategies and behaviors that might assist churches in their transition beyond the pandemic.

Jesus’ response in verse 29 radically altered the trajectory of my thoughts.

The work of God is this: to believe in the one he has sent.

The church doesn’t doesn’t hinge on my successful inquiry into the data nor your ability to lead your congregation. Jesus is and has always been the answer. Our core work that God requires is to believe in Him. Yet as my research assistant helpfully pointed out this morning, this call doesn’t invalidate our work either. See verse 27.

We’re continuing our efforts to provide useful resources for the Church. But my primary work is to believe in Christ. He said he was coming back and I hear he’s pretty faithful.

We promised denomination specific reports, and we are beginning to roll them out! The first three reports are up now, the next three will be out shortly. Thank you so much for your continued participation!

We've been discussing with pastors what they might view as most beneficial for them regarding our efforts. One response that has emerged is a desire to understand patterns for churches similar to their own. As a result we've decided to begin working on geographic and...

Some Reflections on What We’re Learning

It's been just about a month since we launched the initial survey and we already have over 600 completed responses. To all who have participated, THANK YOU! We are the Church and we learn and grow together. Two brief reflections. The disruption in church attendance...

"Are people going to come back to church after COVID?" This question served as the genesis for this project. It's a concern that seems to be shared by most pastors we've talked to. My name is Enoch Hill and I work as an economics professor at Wheaton College. My...